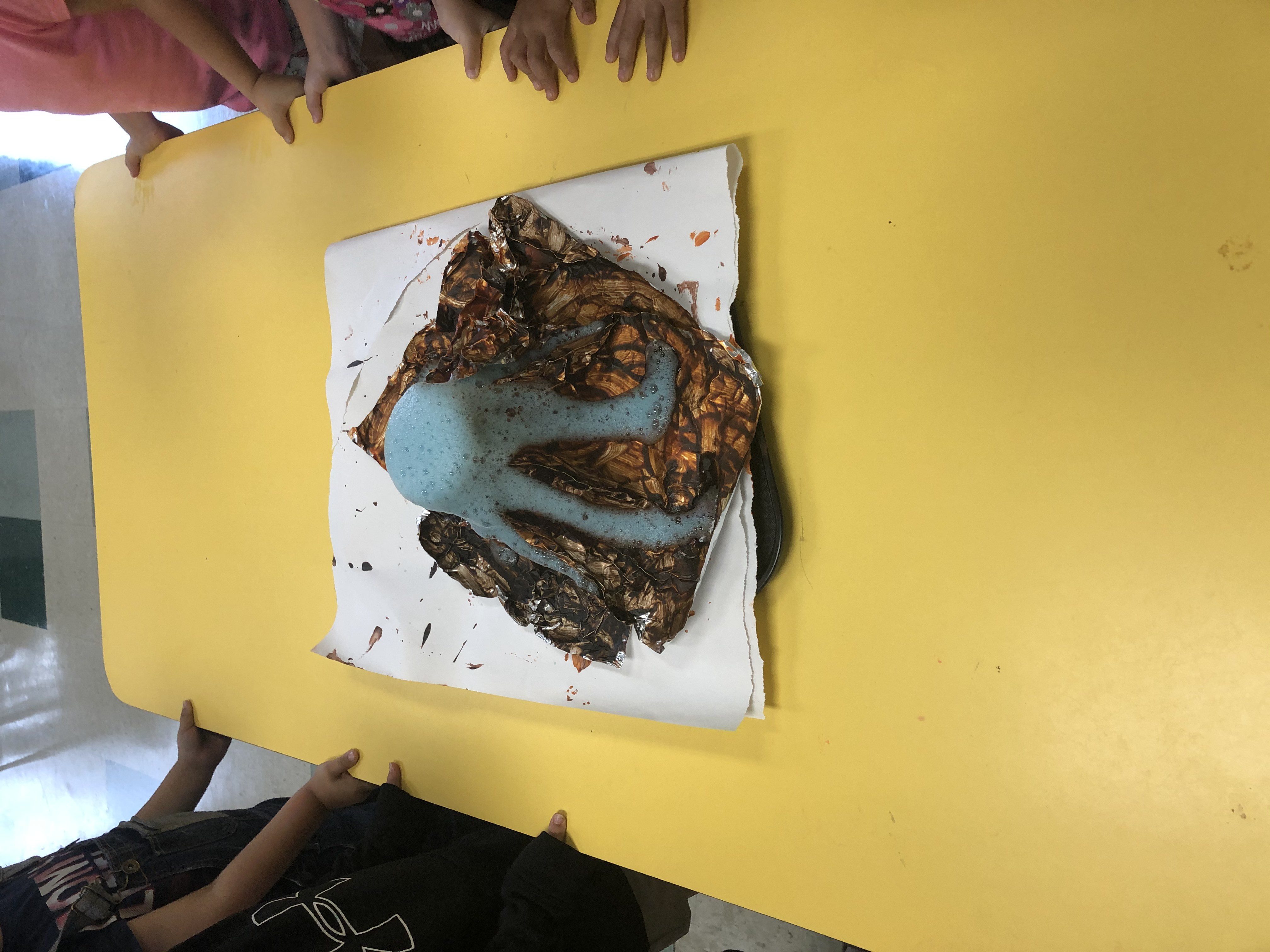 Volcanoes- Mountains that Blow Their Top!

Volcanoes - Mountains that blow their tops! By Nicholas Nirgiotis

Last week, CBC Preschool students learned about volcanoes from the story Volcanoes- Mountains that Blow Their Tops, by Nicholas Nirgiotis. This is a story about Mont Pelee, the volcano, and how a volcano erupts. As the story tells of old tales and explains scientific terms, the students took a great interest in the obvious… the eruption! So Miss. Rachel decided to build their own volcano and watch it erupt right here in the classroom.

First, they created a physical volcano using aluminum foil and a 16 oz. plastic cup and brown paint. The challenge for the kids was to shape the foil in the form of a mountain.  Then they painted it brown. It took the paint a couple of days to dry and the students waited with much anticipation.

While the kids were waiting for the excitement to happen, they talked about the parts of the volcano and the students were very curious as to how the lava shoots up into the sky. The students learned that the top layers of earth are made up of plates on the deep ocean floor. The plates cross over other plates and it is at these crossing that volcanoes happen. The plates are always moving. They push and pull against each other, which is what pushes the magma up. When the magma finally reaches the top of the mountain it explodes and spurts out lava.

Next they prepared for the eruption by getting vinegar and baking soda once they had some vinegar and baking soda ready, the kids imitated what an earthquake would feel like. So they all shook their bodies! Miss. Rachel explained what the volcano feels like when the plates are moving underneath. Then she asked them to make the volcano shake without touching the volcano. They started to shake the table and some stomped their feet. The shaking of the table was to symbolize the plates shifting like an earthquake. As the table shook the "lava" slowly rose to the top (baking soda and vinegar poured in the cup). Boy were they excited to see the lava flowing out of the top of the volcano! 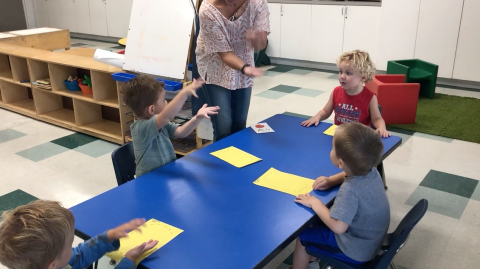 PreK and TK - Letter of the week 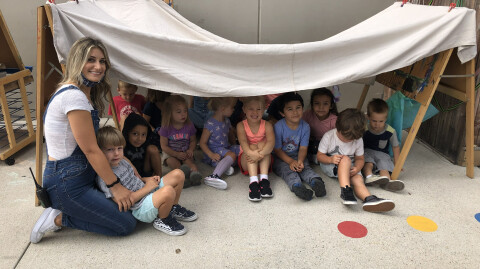